What Is Himalayan Pink Salt Used For? 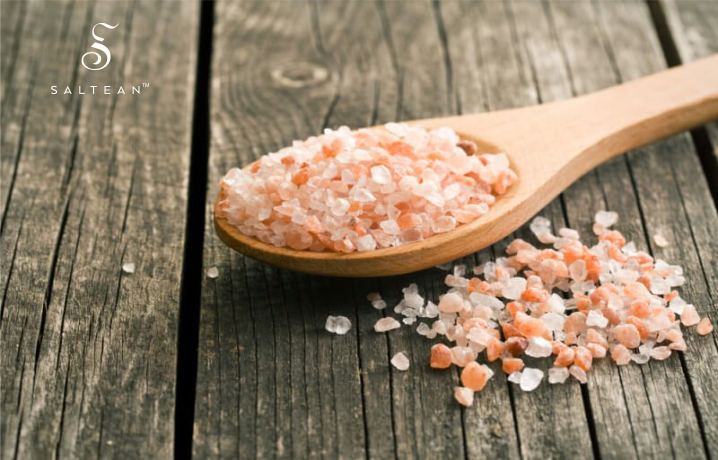 Himalayan pink salt is a rock salt harvested from Khewra mines in Pakistan near the foothills of the Himalayas. Himalayan Pink salt is natural, hand-mined salt, and assumed to be the purest form of salt available.

This luxurious and exquisite salt has beautifully formed crystals, which vary in color from off-white to a lustrous pink. This salt has amazing benefits that can be achieved by using it in various different forms. So let’s find out how to use Himalayan salt and get benefited from it.

Here in this article, we are going to provide you with detailed information about all of the phenomenal uses of this magical crystal. So let’s get started!

Unless you’ve been living under a rock, it is not possible that you have never heard of or used Himalayan salt before in any of its forms!

It’s the modern trend in healthy eating, but its usages are not just limited to that. Pink Himalayan salt has several dietary and non-dietary applications. It is getting very famous for its culinary, therapeutic, and cosmetic uses. All these uses are due to the benefits it offers.

Some uses of Himalayan salt are discussed in detail below.

Himalayan salt is used for culinary purposes in the following ways:

It is hastily replacing regular table salt as a staple food ingredient, thanks to the plenty of health benefits it has to offer. It has a low sodium chloride percentage as compared to regular salt but enough to maintain the body’s pH and electrolyte balance.

Table salt has 2360 mg of sodium per teaspoon, in contrast, a teaspoon of Himalayan pink salt has 1680 mg of sodium, a deduction of about one-third. It also aids in digestion and can bestow you with additional trace minerals such as:

Due to its availability in different grain sizes, you can use it easily for cooking a variety of dishes. You can also use it as finishing salt because of its attractive pink colored crystals.

2.  For Cooking And Grilling

Pink Himalayan salt blocks or plates are made for the purpose of cooking and serving food. Cooking on Himalayan Salt Blocks can help you make scrumptious meals that are enriched with natural minerals.

You can use these blocks as serving platters for both hot and cold foods. You can serve sorbets, ice-creams, and other cold deserts by freezing the salt block in the refrigerator for some time. You can cook different foods on this block and directly serve on it for a great presentation.

These hand-carved shot glasses are made with 100% pure Himalayan pink rock salt to give you the best experience with all kinds of drinks such as cocktails, tequila, juices, etc. These glasses are way more beautiful than regular shot glasses.

Summary
Himalayan rock salt is not just used for seasoning but also for cooking and serving different foods. Its culinary uses in the form of cooking blocks and shot glasses are very famous these days.

Salt for decorative purposes may sound new to you but after knowing how beautifully it can transform your home and office, you will definitely fall for it.

It is very suitable and relevant for home decor because of its lighting and air purifying aptitudes. The natural Himalayan salt lamp is gaining and making so many waves on the internet nowadays by the dint of benefits it offers.

Himalayan salt lamps are made by placing a light bulb inside large slabs or chunks of pink Himalayan salt. They have a unique look and radiate a warm pink glow when lit.

Beautiful candle holders are made from solid blocks of natural Himalayan rock salt. The heat from the candle will help warm up the surrounding salt. These candleholders have positive therapeutic health and well-being qualities as when salt gets heated it releases negative ions which are thought to increase serotonin level inside the human body thus improving the sense of well-being, happiness, and relaxation. They also freshen up the air with their certain aroma.

Summary
Himalayan rock salt is used to light up any place when used in the form of salt lamps and salt candlelight holders in various beautiful shapes.

Himalayan pink salt has been a part of health and wellness treatments for many centuries.

Himalayan Salt Stone Massage uses warm rock salt stones to take away all your body aches and stress. The therapist may use the stones as an extension of their hand, or they may try it to warm up certain parts of the body, taking them off and then rubbing and massaging the body. This promotes an increased sense of well-being.

There are many privileges you can get from a Himalayan salt solution. It can have a relaxing and soothing impact on your body. Himalayan bath salt will make your skin clearer and smoother, lending you a young look and feel good about yourself. Moreover, it has healing outcomes on foot fungus, wounds, skin irritations, insect bites, or blisters.

It also serves as a therapy for joint diseases such as rheumatoid arthritis. You need approximately 1.28 ounces of Himalayan pink salt per gallon of water for a regular bath. This establishes a reverse osmosis process that will detoxify your body, eliminate bloating and impurities from your system.

So, It’s not easy to find something as pure as Himalayan Pink Salt in today’s era of exaggerated refining and artificial treatment of anything we encounter.

But with Himalayan pink salt one can avail maximum benefits from nature’s gift in wide areas of life.

Summary
Due to its therapeutic and antiseptic properties, Himalayan salt is being used in salt inhalers, salt baths, and salt stone massage for a long time.