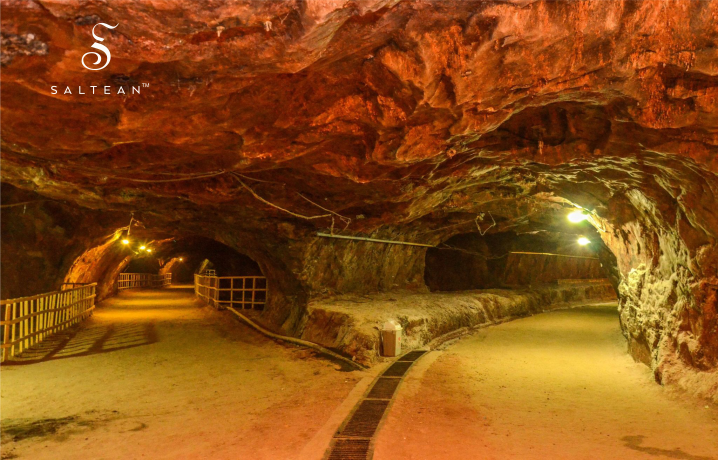 None of us can deny the health and wellness benefits of Himalayan pink salt from Pakistan. It is being used for various purposes including cooking, salt therapy, skincare products, and other spa treatments. This is due to the uniqueness of the Himalayan rock salt crystal structure and its hand mining from the Khewra Himalayan salt mines.

Pakistan exports around 400,000 tons of Himalayan salt every year in the form of different salt products. Read along to find out some interesting facts about the mining of pink salt to appreciate the efforts of the laborers who bring nothing less than pure Himalayan salt to your tables.

Extraction Of Himalayan Salt From Pakistan

Himalayan salt is only found in salt mines located in Pakistan. This salt comes from the world’s second-largest salt mine located in Khewra, Punjab. The area, known as the salt range, is present in the foothills of the Himalayas in Pakistan.

The geologists believe that the Himalayan pink salt mine was formed by the shifting of tectonic plates that trapped the inland sea around 250 million years ago. Later, the sea was dehydrated, leaving behind massive rocks of Himalayan salt.

Many people say that it was Alexander the Great’s horses, who discovered these salt deposits. However, later, the Britishers were the ones who ramped up the salt mining process in the 1870s. They developed proper tunnels inside the mine to extract this precious rock salt. Then, one of the British mining engineers came up with an innovative idea to extend the tunnel system inside the mine, known as the “Room and Pillar.”

Interestingly, this architectural system is still in use because of its efficiency. The miners extract half of the mined salt in the room during the salt mining process, while the remaining 50 percent serves as the room’s pillar. This method not only ensures the safety of the mines but also helps in maintaining the structural integrity of the mountain ranges and salt chambers.

You’ll be surprised to know that 19 stories are inside the mine, out of which 11 are below the ground. The salt mine is around 730 meters deep in the mountains, while the total length of the tunnels is approximately 40 kilometers. Furthermore, the temperature inside the mine ranges between 10ºC to 20ºC degrees throughout the year.

The installation of the electric railway in the 1930s made it convenient to extract the salt rocks outside the mine. Additionally, it allowed the tourists to witness the extraction process.

Summary
Himalayan salt is mined from its only source, khewra salt mines in Pakistan. These mines are believed to be from hundreds of years ago through the evaporation of saltwater of oceans.

Early Opening Of The Mine

The laborers and miners use explosives and dynamite just once to open the main entrance in the initial phase. First, they use the auger to drill by hand and then pack the gunpowder. Later, they ignite it using a protection fuse and blast out the salt.

This method has been in use for hundreds of years; however, its use is discouraged inside the mine as the toxins pose a severe health risk. Moreover, it’s necessary to keep the crystalline structure of the Himalayan salt intact.

Don’t worry; the miners don’t use the explosives inside the mine; instead, they do the mining by hand using hammers, pickaxes, hand drills, and other tools.

The laborers gather huge Himalayan salt blocks during the mining, load the containers, and take them outside. As a result, the miners excavate around 1,000 tons of salt daily, which equates to the fat of 157 elephants.

Later, different industries process the salt blocks in different grain sizes and shapes depending upon the end-product and the application. Some factories feed the blocks in the grinders to break them into compact grains that are suitable for different uses.

One of the most significant advantages of pink salt mining is the overall economic growth with increased exports. In addition, the salt mining authorities implement the standard mining protocols and follow the mining regulations to protect and preserve the environment and avoid any kind of accident or mishap.

Moreover, environment-friendly mining techniques guarantee that mining operation does not cause any environmental hazard. All the mining is done by hand and not by explosives to keep the salt mine structure intact and ensure the safety of the miners inside.

The salt mining authorities have also deployed a drainage system to prevent salt contamination by discharging the polluted water.

One of the most distinctive features of the pink salt that separates it from the regular table salt is its pink color, courtesy of the iron traces.

The Himalayan salt has recently gained popularity because of its healing, health, and wellness benefits. Moreover, it contains additional mineral traces of calcium, potassium, and magnesium essential for the human body.

The good news is that there isn’t any evidence that highlights the harmful effect of Himalayan salt mining on plants and wildlife.