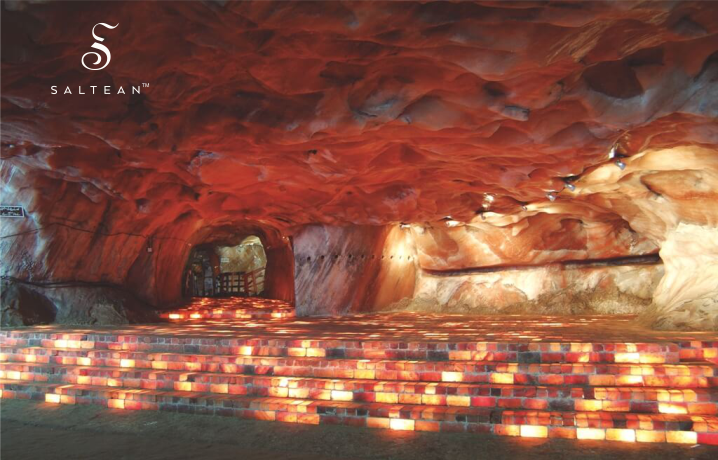 People who are conscious about their health often seem to incorporate Himalayan rock salt into their food, and this is due to the plethora of benefits it offers. This salt is known as the purest type of salt on the face of this planet. It is seen that this miraculous Himalayan pink salt has benefits for humans and animals.

This salt exists in the form of the huge Rocky Mountains that were formed millions of years ago. Let’s take a look at its formation and discovery. And see if Himalayan pink salt is sustainable or not?

How Is Himalayan Salt Formed?

Bulk pink Himalayan salt is extracted from the Khewra mines located in Pakistan. These salt ranges are present in the Punjab region. However, for the people interested in the wonders of nature, these mines are the perfect place.

It is said that Khewra mines existed millions of years ago. Yes, we are referring to the time when the first multicellular organism was found on this planet, called the Precambrian era.

Geologists believe that a sea got trapped between the mountains some hundreds of years back due to the tectonic plate’s movement. This sea evaporated over time and left a vast deposit of minerals protected under layers of earth and later on found as Khewra mines in Pakistan.

Summary
Himalayan salt was formed about 800 million years ago due to the evaporation of the ocean. The tectonic shifts of the Earth covered these salt deposits under layers of earth that turned into mines after their discovery.

One day Alexander the Great passed by this area where Khewra mines are located now and decided to take some rest. One of his soldiers noticed that the horses were licking some rocks, and when he licked it himself, he discovered this salt.

The value of this salt kept on varying with time; it was once used as a currency too. However, the proper mining of pink salt started during British rule in the sub-continent. The rich history of Himalayan salt makes it quite interesting.

The mining of rock salt is the primary income source for the people living there. The benefits of salt are numerous and it is known as “king of salt,” “white gold,” and “salt of life.” It is used to preserve meat, food flavoring, decorative ornaments, salt baths, and asthma treatment.

The trace minerals in this salt are the same ones present in our bodies. So when Himalayan pink salt minerals enter our body, they are used as electrolytes that are transferred from cell to cell as a charge.

Summary
Himalayan salt is a compound of 98% sodium and chloride and 2% of trace minerals. This salt was formed due to the evaporation of seawater and was discovered by Alexander during his march in the subcontinent region.

Himalayan rock salt has been used for hundreds of years due to the human health benefits it holds. But people often wonder if it is sustainable or not. The straightforward answer to this query is yes, it is sustainable.

There are six mines where the salt was discovered, and the largest one is called the Khewra mine. According to rough estimates, it is believed that a total of 6.7 billion tons of salt is present in the area, out of which 6.7 million is accessible at this time, and each year Khewra mines produce almost 400,000 tons of pink salt.

It is unimaginable, but in the simple estimate, we can say this salt can last for more than 550 years, and if the mines are extended, it can last for endless time. So, you can enjoy the goodness of pink Himalayan salt without worrying about its depletion.

One of the most important concerns regarding environmental safety is whether the dynamite is used in the salt mine or not. Using dynamite in the salt mine is risky due to the crystalline nature of salt. The use of any kind of explosives is prohibited inside the mines to preserve the structure of the mine and the environment.

However, the dynamite is used only to open the gate of these mines, and workers do the rest mining. It is a slow process but good for the environment’s sustainability. Considering the Himalayan salt mining environmental impact, concerned authorities and stakeholders constantly look for ideas to conserve the environment.

Himalayan salt mines went through hundreds of changes after their discovery. The area is passed down from ruler to ruler, and thus it has also seen black days of oppression.

In terms of Himalayan salt mining practices, the most challenging time was during British rule. They usually locked the poor laborers in the mine until they reached the expected amount of mining regardless of their age, gender and health. According to a report, ten miners were shot dead while protesting, and their graves can be seen in the middle of the gateway.

But after the partition of the sub-continent, the Pakistan government took control of the mine. Since then a lot of good work has been done to make the mining process efficient and sustainable. The concerned authorities make sure to follow international standards and rules for mining.

The Himalayan salt is harvested using the pillar and room architecture method established by the British in early 1800. The mining of Himalayan salt at such a large scale is only possible because of this method. According to this design, only 50 percent of salt should be mined, and the remaining 50 percent should be left as pillars to support the structure that helps the sustenance of this precious rock salt. It is clear from all these facts that pink Himalayan salt is very sustainable.

Summary
Himalayan salt is highly sustainable and can serve us for hundreds of years. This salt is mined using sustainable national and international mining practices that help to conserve the environment.